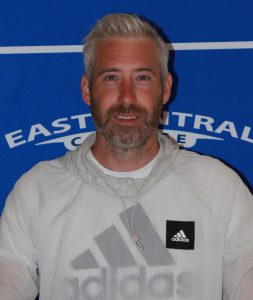 Joseph Benninger has been named the full time combined men’s and women’s head soccer coach at the college. After spending two years as an assistant coach under Martin Clayes, Coach Benninger is ready to take the helm leading a talented group of young men and women into the 2022 NJCAA fall campaign.

Coach Benninger has a gift when it comes to recruiting along with a strong  passion for the sport soccer. A native of St. Louis, MO, Benninger played club and high school soccer under the rich traditions in St. Louis. He played high school soccer in St. Louis at DeSmet Jesuit High School. He then traveled to Truman State University where he was a member and captain of the Bulldogs volleyball squad during their most successful run in school history.

Along with his college experience, Benninger has coached and worked in administration in the PDL with the St. Louis Lions. He has also spent time coaching at the youth level as well with St. Louis Scott Gallagher.

As the 2022 season approaches, Benninger hopes to fill an entire roster for the women’s team at East Central College and build the men’s team into a contender right away. Time will be of the essence as Coach Benninger works diligently to complete the 2022 schedule and get the Falcons soaring on the pitch.