The Falcons look to soar into the 2018-19 academic year under returning veteran coaching staffs. Rosters filled with returning sophomores and talented freshman have a created a blend of excitement around the campus in the first week of practice. New sports seasons breed optimism around an athletic department as this year’s flock of Falcons look to make their mark in NJCAA Region 16 and the Missouri Community College Athletic Conference. A large incoming freshman class have helped maximize rosters with 25 men’s soccer players, 15 women’s softball players and 14 women’s volleyball players.

A buzz surrounding the first practice sessions has the coaches enthusiastic about the talent levels of each of their respective teams. As the Falcons take to the court or field this fall they will be adorned in some of the latest uniforms from Adidas. The athletic department will be in its third year partnering with Adidas as the college’s athletic wear supplier. As the Falcons take to the field wearing their “Royal Blue and Vegas Gold” be assured you will see excellent performances throughout the season.

A winning combination will have all the Falcons in top flight throughout the 2018-19 seasons. 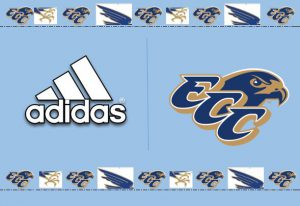