A step in the right direction has the ECC Falcons (9-3) back on a winning streak with another victory over Central Methodist JV 4-2. The Falcons had their goals scored by only two team members, Ralph Joseph put the first two goals into the back of the net on break away goals. As ECC had to come from behind trailing 1-0 early in the match, Billy Thompson slotted the ball to Joseph on the right side for the equalizer and Juan Bolivar collected the assist on Joseph’s second goal. The second pair of goals were scored by Zach Druhe on assists from his dependable teammate Magnus Andersen. ECC was awarded a free kick and Andersen placed a perfect ball into the box as Druhe hammered in his first of the day. The second goal was a head ball off a short corner from Andersen to Druhe. 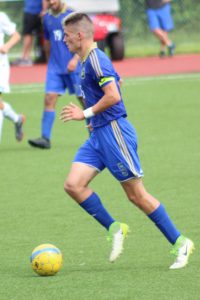