The Falcons were able to dismantle the MCC-Blue River Trailblazer defense with an 8-2 win in Kansas City over the weekend.  A quick free kick strike by Brian Cabraley started off the ECC scoring in the 16th minute.  The Falcons were up 3-1 at half time and then just opened up the scoring opportunities with a barrage of shots that just kept finding the back of the net. Jacob Moore was able to net three goals on the day for the hat trick. Magnus Andersen had two goals and the Falcons still weren’t finished as Umoh Ufot scored as well. ECC now 8-3 on the season is looking to make their mark in their last four games of the season against Lincolnland, Illinois Central, McKendree JV and Crowder before heading into the post-season at the end of the month. 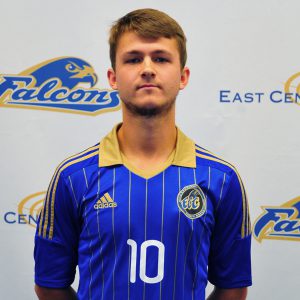