The goals started coming early for the Falcons (6-1) who chopped down the Lincoln Land Loggers by a score of 5-0. ECC took a quick lead as the team struck the back of the net first and didn’t look back throughout the match. Ralph Joseph tallied two goals and one assist to lead the Falcons in the point category on the afternoon.  Flavian Hunter scored his first goal of the season along with his high school teammate Juan Bolivar notching his second goal of the season. Magnus Andersen added to his season totals by notching his team leading fifth goal of the season.

The defense stood strong as Lewis Brass recorded his fourth shutout of the season and kept the ECC defense organized throughout the match.  A rock solid defense will prove to be a catalyst to more victories throughout the remainder of the season. As the Falcons look to upcoming matches, each one has importance in MCCAC and Region 16 as the team will face St. Charles Community College, Jefferson College and St. Louis Community College in the next week. 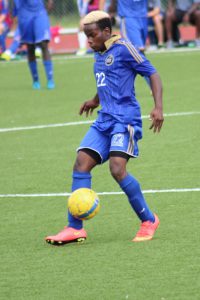