Another MCCAC conference split against NJCAA DI St. Charles Community College puts ECC at 6-6 in the conference and 15-10-1 on the season. ECC was able to win the first game 5-3 with timely hits from Danielle Kimminau who went 3 for 4 with a double and an RBI. Ashleigh Damazyn also had a good performance in the first game going 2 for 4.  The defense continued to perform at a high level and Haley Schulte notched her ninth victory of the season pitching for the Falcons.

Next up for the Falcons is another MCCAC and NJCAA Region 16 match-up against Mineral Area College, who the Falcons swept at home earlier in the season. 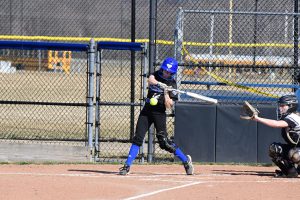