NJCAA #19 East Central College knocked of NJCAA #11 Mineral Area in a fast paced match filled with goals. The Falcons found themselves in the lead quickly when Joao Louzada Pimenta fed a ball to Stephen Akot in the 10th minute of the match to give ECC an Early 1-0 lead. Mineral Area answered back with two to take the lead in the 21st and 35th minutes by a 2-1 score.

In the closing minutes of the first half, Julio Gonzalez slammed home a shot in the box to take the teams into half all knotted at two goals each. The Falcons came out flying in the second half with a goal in the 50th and the 55th minute. Joe McInnes put the Falcons up 3-2 on a nice fed into space and he beat the keeper. Stephen Akot scored the eventual game winner by beating a defender and went past the goalkeeper to tuck in a nice shot. The Falcons were controlling the rest of the game when a free kick was awarded deep in Falcon territory and a good shot into the upper 90 beat ECC goalkeeper Bailey Hoehne with six minutes remaining on the clock. ECC kept most of the possession to end out the match and knock off #11 Mineral Area.

ECC has one remaining home game before the region tournament scheduled against Crowder on Saturday, Oct. 16. 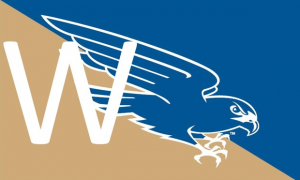