The ECC women’s soccer team  (2-3) was able to pick up the second victory in the inaugural year of the program, by beating Mineral Area College 2-1 at the St. Louis Soccer Park in Fenton, MO.  The game started off with an even amount of possession from both teams.   Then the Falcons started getting more penetrating runs into the offensive 1/3 of the field by Sommer Schneider, Zoe Gaszak and Abby Layton later in the first half. A foul by a Cardinal defender had the Falcons taking a direct free kick from about 22 yards out from the goal. The shot was a launched floater from Destiny Boehm that flew over the head of the MAC goalkeeper into the upper corner of the goal to give ECC a 1-0 lead.

Mineral Area College answered back in the middle of the second half when a hand ball was called in the box. Hannah Olive almost saved the kick for ECC as she guessed correctly, but MAC notched the game at 1-1. The Falcons came back with an answer of their own with about 15 minutes left in the match when Abby Layton followed up a ball into the box and the MAC goalkeeper missed played it. Layton used her speed to win the ball and tuck into the net for her first game winning goal as a Falcon. 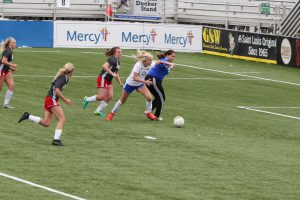 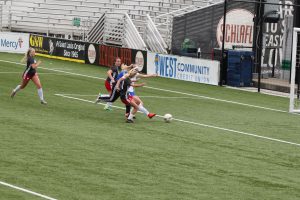 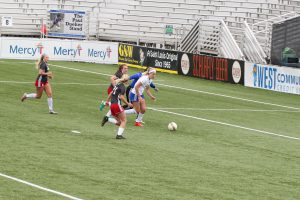 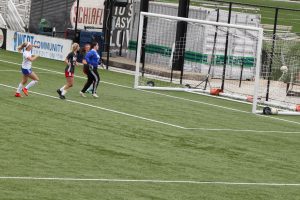