The NJCAA #20 ranked East Central College Falcons (12-2) finished a weekend long road trip going 5-1 and split a double header with Missouri Valley JV with a 6-0 win and 4-2 loss.  ECC was led in the first game with hits two hits each by Megan Micke, Jamie Kluba, Samantha White and Jensen Crenshaw. Kluba and Ashley Miller had two RBI each in the first game. The Falcons cruised to victory as Eden Henry improved to 5-0 on the season with seven strikeouts in seven innings pitched and only two hits.

The second game didn’t fall the way of the Falcons as the bats were cold. Monica Kelly managed to scratch out two hits and one RBI to led ECC from the plate.  Missouri Valley collected ten hits to the Falcons four, which was their lowest total of the season in the 4-2 loss. 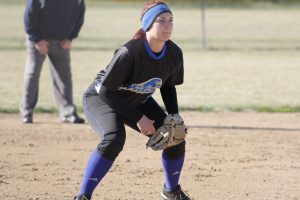